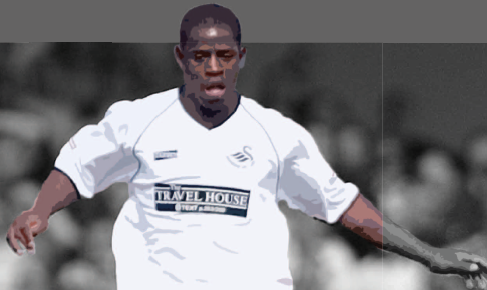 Today we heard the devastating news that Lenny Johnrose has passed away at the age of 52. He was diagnosed with Motor Neurone disease in 2017 and has kept supporters up to date on his brave fight against this awful illness on social media during the last five years.

It goes without saying that our thoughts are with his friends and family at this sad time, and I would like use this opportunity to pay tribute to him.

When I think back to the time when Johnrose joined our club, we really were at our lowest ebb. The current generation don’t know how lucky they are, and for us older one’s it’s often worth reminding ourselves of how much better the last two decades have been.

He signed when we were on a run of six defeats on the bounce and adrift at the bottom of what is now League 2 in January 2003. Staring relegation out of the Football League for the first time in the face. We won our next game against Lincoln and it helped spark a revival.

He was an experienced, tough tackling midfielder who complimented the likes of Roberto Martinez and Leon Britton and became a key player in the side. There were some crucial goals as well, one in a 2-2 draw at Kidderminster, and a week later in a 3-2 victory over Oxford.

But there can be no doubt of the moment that defines his Swansea City career. On the final day against Hull City at the Vetch, the game was locked at 2-2 early in the second half when Martinez’s free kick was floated into the box, and in the scramble that followed, Johnrose poked the ball home, a goal that is arguably the biggest in the history of Swansea City. Who knows what would have happened had we been relegated? James Thomas of course went onto seal it, completing a stunning hat-trick with a 30 yard chip. But that third goal was enormous.

Johnrose would carry on at Swansea for another season, often captaining the side as we built for the future around younger players like Britton and Alan Tate before departing in March 2004 and going onto become a primary school teacher before his devastating diagnosis.

Running a fanzine for the last twelve years has given me the opportunity to interview many former Swans players and I was lucky enough to speak with Lenny in 2013 who was a gentleman. Naturally we discussed the Hull game, and he told me that he “didn’t think about the enormity of the goal” and “it was only afterwards that I realised I’d played a crucial role on helping us win the game”

He was also very complimentary towards the Jack Army and told me ” A lot of fans always say the fans were brilliant, but I do genuinely mean it when it comes to Swans fans. It was the first time I’d been away from the north west and they couldn’t have made me feel more welcome.”

In the months following his diagnosis it was heartening to see him at our home game with Sheffield United in January 2019, and at a charity game in his honour held the following day at Port Talbot, with many of his ex team-mates showing up. Many had probably not seen him for years, but it spoke volumes for the respect they had for him. He also set up the Len Johnrose foundation to raise awareness of MND.

Johnrose may no longer be with us, but no one in this part of the world will ever forget him. Whenever the story of our great escape is told or rewatched, the name of Lenny Johnrose will feature very prominently, whether that’s in five, ten or even fifty years time. That’s how crucial that goal against Hull was for Swansea City.

Thank you Lenny, we will never forget you, may you rest in peace.